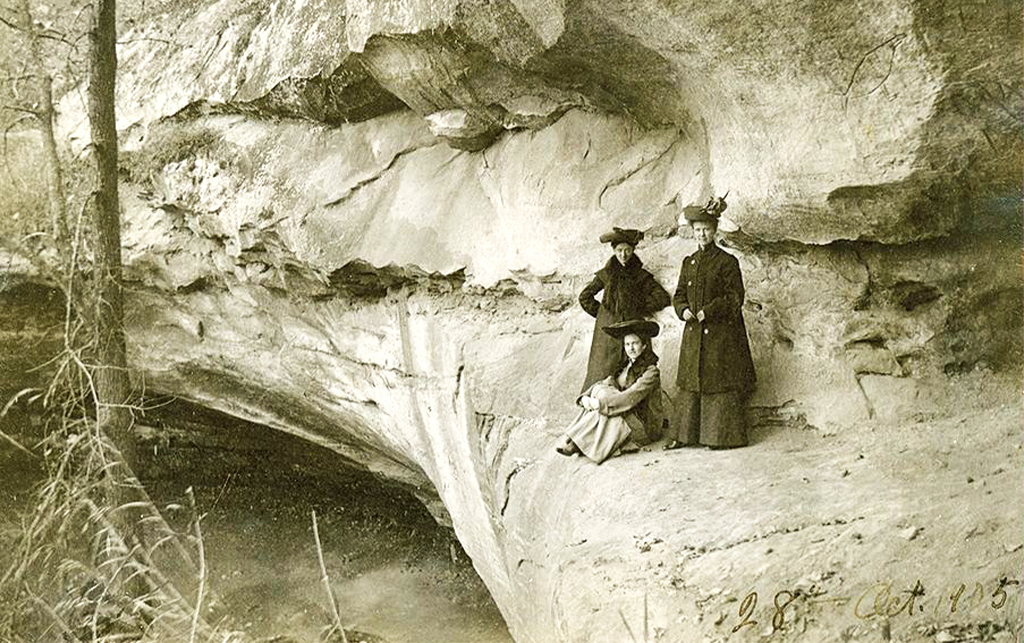 The Nebraska Game and Parks Commission state parks system was established in 1921 when the State Park Board was created within the Department of Public Works. That year the legislature set aside one section of school property in the Pine Ridge, which became Chadron State Park.

That Dawes County property became Nebraska’s first state park, and it was followed in 1923 by the first state recreation area at Victoria Springs and the first state historical park at Arbor Lodge in Nebraska City.

The Division of State Parks shares a commitment to people, preservation, service, and leadership and the belief that parks are the gateway to the outdoors. Where the division once simply wanted to provide a place to go, it now works to expand amenities and activities to enhance visitors’ experiences.

Just like their ancestors, Nebraskans continue to swim, canoe, fish, camp and seek out Nebraska’s wild and scenic places.

Our parks legacy was never to simply build, maintain and preserve state park and recreation areas. It’s always been to inspire.

Because these are your parks, your memories, and your adventures.

View a timeline of our parks.

We’re hosting a yearlong celebration to honor our parks’ history and tradition while looking forward to an exciting future. We’ll be hosting park events aimed at all interests — camping, hiking, fishing, re-enactments and more — throughout the year.

A traveling history trailer is in development to share a hands-on experience of the parks system’s rich history at events across the state, and we’ll also be hosting a Your Parks Adventure campaign to challenge visitors to share their love of the Great Outdoors with us.

Get our press kit Get Inspired Get Connected

We use cookies on our website to give you the most relevant experience by remembering your preferences and repeat visits. By clicking “ACCEPT ALL”, you consent to the use of ALL the cookies. However, you may visit "Cookie Settings" to provide a controlled consent.
Cookie SettingsREJECT ALLACCEPT ALL
Manage consent

This website uses cookies to improve your experience while you navigate through the website. Out of these, the cookies that are categorized as necessary are stored on your browser as they are essential for the working of basic functionalities of the website. We also use third-party cookies that help us analyze and understand how you use this website. These cookies will be stored in your browser only with your consent. You also have the option to opt-out of these cookies. But opting out of some of these cookies may affect your browsing experience.
Necessary Always Enabled
Necessary cookies are absolutely essential for the website to function properly. These cookies ensure basic functionalities and security features of the website, anonymously.
Functional
Functional cookies help to perform certain functionalities like sharing the content of the website on social media platforms, collect feedbacks, and other third-party features.
Performance
Performance cookies are used to understand and analyze the key performance indexes of the website which helps in delivering a better user experience for the visitors.
Analytics
Analytical cookies are used to understand how visitors interact with the website. These cookies help provide information on metrics the number of visitors, bounce rate, traffic source, etc.
Advertisement
Advertisement cookies are used to provide visitors with relevant ads and marketing campaigns. These cookies track visitors across websites and collect information to provide customized ads.
Others
Other uncategorized cookies are those that are being analyzed and have not been classified into a category as yet.
SAVE & ACCEPT